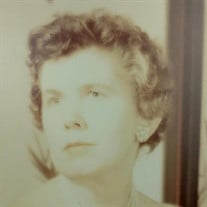 Carol Shelford Saums Schults, 94, died at her home in Cresskill, New Jersey on Friday, December 28, 2018. She was born on July 31, 1924, to Carol (Shelford) and John A. Saums in Brooklyn, New York. Carol spent much happy time in childhood with family in South Branch, New Jersey and in Elmira, New York. Carol graduated from Erasmus High School in Brooklyn and went on to Barnard College, where she majored in chemistry and minored in mathematics. She was proud to have been part of the war effort as a calculator at Columbia University for the Manhattan Project. Carol met her husband of 44 years, John E. Schults, M.D., at what has become Downstate Medical School on Long Island. They married on June 26, 1948. Following his Air Force medical service in Tennessee, in 1953 Carol and John moved their growing family to Tenafly. Early in her marriage, Carol was a pharmaceutical library researcher, a job she recalled with great fondness. She left the world of paid work to raise their four children, and later returned to work as a librarian for another pharmaceutical firm. Later still, she was the administrator of her husband’s medical practice, a job she maintained for years after his passing. Carol volunteered for years in her children’s Tenafly elementary school library. She also was a Cub Scout den mother for all three sons, and supported her daughter in Girl Scouts. Carol loved music, the arts, and travel, and inspired her children and grandchildren in all these pursuits. Operas, concerts, and ballet gave her great joy. A talented pianist and organist, Carol was in demand to perform in local churches and with the North Jersey Chorus. Her travels in the United States and Europe lent wonderful tales of adventure. She spent the last eight years of her life in the excellent care of Sunrise of Cresskill, for whose help the family is eternally grateful. Carol was preceded in death by her husband, her parents, and her two brothers, Ellis Saums and John Saums. She leaves four children: John (Bernadette), William (Elizabeth Maislen), Robert (Leslie Longenbaugh), and Carol (Andrew Mikesh). She will be greatly missed, as well, by her seven grandchildren, Claire, Julia, Edward, Karl, Alexander, John and Robert, who loved her generosity and sense of fun in entertaining them with trips to the city to explore museums and shows. The family invites friends to a memorial service at the Church of the Atonement at 97 Highwood Avenue in Tenafly on Monday, December 31, 2018, at 10:30 a.m. In lieu of flowers, the family suggests donations to Northern Valley Greenway, at nvgreenway.org.

Carol Shelford Saums Schults, 94, died at her home in Cresskill, New Jersey on Friday, December 28, 2018. She was born on July 31, 1924, to Carol (Shelford) and John A. Saums in Brooklyn, New York. Carol spent much happy time in childhood with... View Obituary & Service Information

The family of Carol Schults created this Life Tributes page to make it easy to share your memories.

Carol Shelford Saums Schults, 94, died at her home in Cresskill,...