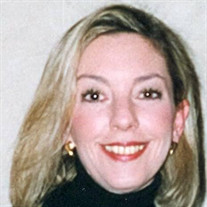 Denise (Donnelly) Sherman, 72, passed away on December 24, 2021 at her home in Tenafly, NJ. She was born on February 6, 1949 in Jersey City to John and Marjorie Donnelly. Denise grew up in Jersey City, NJ. She graduated from Academy of St. Aloysius in 1966. After high school, she attended Jersey City State College (now New Jersey City University) from 1966-1970, where she received her bachelor’s degree in education. Denise began her teaching career in special education in Jersey City before moving to Tenafly, NJ in 1977 to raise her family. Later, a substitute teaching job would open into an impactful 28 year tenure in the Teaneck Public School District as a math and science educator and guidance counselor. She also received a masters degree in guidance and counseling from Jersey City State College. Denise retired in 2013. Denise was married to Stan Sherman, who predeceased her on November 26, 2020. Denise and Stan were happily married for more than 30 years. When not working, Denise was always at engaged in creative home craft and improvement projects; she was a voracious reader. Denise is survived by her sons Daniel Catlaw and Thomas Catlaw; sister Joan Donnelly, brother-in-law, Thomas O’Leary, niece, Kelly Marshall, nephew John O’Leary, and grand-niece, Kayla Marshall; her brother John Donnelly; step-son Peter Sherman; daughters-in-law, Suzanne Fallender, Wendy Plaum-Sweet, and Paula Sherman; and grandchildren, Michael, Marissa, and Madeline Sherman. Her step-son Mark Sherman passed away in 2010. A private memorial will be held. The family requests that condolences and remembrances of Denise be shared on the online Barrett Leber Funeral Home tribute page. Memorial donations be made to Friends of the Tenafly Public Library (www.tenaflylibrary.org).

Denise (Donnelly) Sherman, 72, passed away on December 24, 2021 at her home in Tenafly, NJ. She was born on February 6, 1949 in Jersey City to John and Marjorie Donnelly. Denise grew up in Jersey City, NJ. She graduated from Academy... View Obituary & Service Information

The family of Denise Sherman created this Life Tributes page to make it easy to share your memories.

Send flowers to the Sherman family.