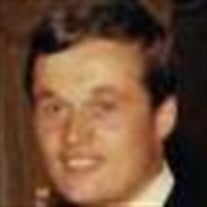 Hoschek, Richard Ernst, 82, died Easter Night of complications with Alzheimer’s. He came to America at 27 from Vienna, Austria where he was a helicopter pilot for NATO and a Mercedes Master Mechanic. First living in Ridgewood and then Tenafly, he was a mechanic and test driver for Benzel-Busch Mercedes-Benz Dealership in Englewood. Later, he founded Grand Foreign Motors Inc. and Grand Subaru Inc., which he operated for 20 years. Richard was a very social, creative, highly competitive athlete: soccer, skier, tennis, and golfer. He then moved to Park Ridge and was active in the Golden Age Club. He is survived by his wife of 51 years, Janet: his deceased sister’s daughters Brigitte and Regina Stettgaber of Vienna, Austria, his son Rick and wife Alexis and their children Ryan and Wesley, his daughter Janet and husband Peter Rooney and their children Jack, Emma and Shea. Visiting hours are on Thursday, April 8th from 9 – 10:30 AM at Barrett Leber Funeral Home, 148 Dean Drive, Tenafly, followed by a service at 10:30AM. Procession will follow to Garden of Memories, 300 Soldier Hill Rd, Township of Washington for 11AM. In lieu of flowers, donations may be made to: Alzheimer’s of NJ, 800 Kinderkamack Rd Ste 204N, Oradell, NJ 07649, Trinity Lutheran Church of Tenafly, 430 Knickerbocker Rd, Tenafly, NJ 07670, or The Wartburg Home in Mount Vernon, NY, 1 Wartburg Pl, Mount Vernon, NY 10552.

Hoschek, Richard Ernst, 82, died Easter Night of complications with Alzheimer&#8217;s. He came to America at 27 from Vienna, Austria where he was a helicopter pilot for NATO and a Mercedes Master Mechanic. First living in Ridgewood and then... View Obituary & Service Information

The family of Richard Ernst Hoschek created this Life Tributes page to make it easy to share your memories.

Send flowers to the Hoschek family.