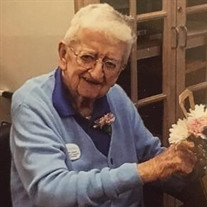 It is with deep sorrow that I announce the passing of my father, Robert J. Lorence, Sr. on Sunday, February 3, 2019, unexpectedly. He was 91. He was in fairly good health and enjoying an active lifestyle near me in Bergen County New Jersey at a beautiful Assisted Living facility. He was President of the Resident Council and enjoyed welcoming new residents and helping them to adjust to their new lifestyle. He participated in all the activities, lectures, Bingo!, music and dancing! He was a great friend to the residents and they looked up to him for inspiration and a positive attitude. He made people smile and always had a silly joke to tell or a verse of an old song to sing. People stopped me all the time at his place to say “Your Dad is such a great man!”. His community is in mourning. My father moved to NJ about 9 years ago from McLean, VA after my mother Joan passed, they were married 54 years. And also the passing of my brother, Robert J Lorence, Jr. He and my father were very close friends and worked together for many years. He followed Dad's footsteps in engineering and traveled to Saudi Arabia with him. Dad designed communications systems for command centers and international airports and traveled all over the world. My Dad really enjoyed working and retired at the age of 80! (from I.T.T. on contract with the FAA (Federal Aviation Administration) in Washington, DC). He would have worked another 5 years if he could have! He was born in Brooklyn, NY and never lost his NY accent. He was a WWII veteran and served in the US Merchant Marines as a Radio Officer on one of the great Liberty Ships. He was the youngest officer on the ship and made Ensign before he got out of the service. He was then assigned to the Strategic Air Command (SAC) Headquarters in Omaha, NE as a design engineer for the new underground command center. He met my mother in Nebraska and immediately fell in love and married in 1954. They moved to California in 1957 where Dad worked on the launch control systems for the Atlas Missile. They spent a dozen years in California including several in Santa Barbara where Bobby and I were both born. Dad was working for General Electric at the time. In 1969 they moved back East and made a home in McLean, VA just outside of Washington DC. Dad's engineering career included years at Northrop Page, SAIC, Harris Corporation and ITT. . Above all, he was a great father, grandfather and my dearest friend and confidant, and I don’t say that lightly. He was a true gem and supported and advised me all through my life, both professionally and personally. I was fortunate and proud to have him as my Dad.

It is with deep sorrow that I announce the passing of my father, Robert J. Lorence, Sr. on Sunday, February 3, 2019, unexpectedly. He was 91. He was in fairly good health and enjoying an active lifestyle near me in Bergen County New Jersey... View Obituary & Service Information

The family of Robert J. Lorence Sr. created this Life Tributes page to make it easy to share your memories.

It is with deep sorrow that I announce the passing of my father,...

Send flowers to the Lorence family.