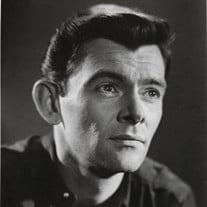 MILLI, Robert A., 86, of Harrington Park passed away on July 18, 2019. Beloved husband of the late Mary Jane (2015). Devoted father to Brian (Lisa) and Liza (Marshall). Papa extraordinaire to his cherished grandsons Nick, Harry, Robbie and Andrew. Steadfast friend to so many, both here and gone. Bob appreciated every single day of his life. Born and raised in Brooklyn and Baltimore, he enlisted in the US Navy at the age of 17. After his service, he returned to Maryland, where he met an Irish beauty named Mary Jane Mulligan, who became his beloved wife. Bob was immensely grateful to have had a wonderful career as an actor. He performed on Broadway and on daytime television for many years, working with the likes of Richard Burton, Helen Hayes, and Jessica Tandy. He was the radio and television voice of Porsche, Revlon, Air France, and many others. He loved great food, sharp clothes, the New York Yankees, and yelling at the TV whenever the Giants were playing. After a good day on the course, he would enter his home and announce, "I am golf". He was skilled at building and restoring World War II model planes and Lionel trains, and he once built a working scale model of a German U-Boat, with which he fearlessly patrolled the perilous waters of Central Park. His final weeks might have been his finest of all. Through his actions, he taught us lessons in dignity, bravery, and forgiveness that will remain in our hearts forever. We will be eternally grateful to the angels of Memorial Sloan-Kettering Cancer Center and Villa Marie Claire hospice for giving Bob the peace and comfort to do that. "Now cracks a noble heart. Good-night, sweet prince, and flights of angels sing thee to thy rest!". Funeral Mass, Wednesday, July 24, 2019 at 11am, Our Lady of Mt. Carmel Church, Tenafly, NJ. Interment Private. In lieu of flowers, donations may be made to Villa Marie Claire hospice, 12 West Saddle River Road, Saddle River, NJ 07458.

The family of Robert A Milli created this Life Tributes page to make it easy to share your memories.