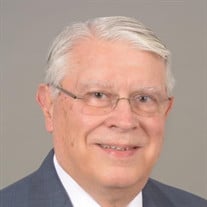 Thomas P. Ference, former Mayor of Haworth, New Jersey, and Emeritus Professor of Columbia University, died on April 14, 2022 at home surrounded by his loving family. A proud Pittsburgher, he was born in Wilkinsburg, Pennsylvania to Thomas A. and Mary Agnes Ference. He is survived by his beloved wife of 57 years Ellie (nee Wiseman), son Thomas M. Ference and his wife Jill (nee Tartaglia), son Michael Ference and his wife Noelle Tutunjian and his grandchildren T.J., Sydney, Colin, Casey and Nicole, sister Joyce Miller, niece Sharon Miller-McCoy and her husband Davis McCoy, niece Myra Miller and her husband Paul Smith, great nephew Jordan McCoy and his wife Tiana McCoy (nee Barlow), as well as loved ones Brooke and Jerry Dynes and their children Morgan, Griffin and Justin. He graduated from the Carnegie Institute of Technology (n/k/a Carnegie Mellon University) where he earned his Bachelor’s of Science in Mechanical Engineering; a Master’s of Science in Industrial Administration; and was Carnegie Tech’s youngest student to earn a PhD (Organizational Psychology) at the age of 25 where he studied under Nobel Prize winner Herbert Simon and internationally renowned behavioral scientist Richard Cyert. His life and career was a master class in giving back to others through education, volunteerism and public service. Professionally, he was an Emeritus Professor at the Graduate School of Business and the Mailman School of Public Health at Columbia University where he taught for over 50 years until his retirement in 2017. For 20 years he served as the Director of the Columbia Executive MBA Program. In 1976 he founded the Columbia Business School Institute for Not-for-Profit Management and served as a Director for over 30 years where he consulted with a number of prominent not-for-profit institutions including New York Presbyterian Hospital, The New York City Police Department, UJA-Federation, Holy Name Hospital, and The 92nd Street Y. He was also a Director of the NYPD Police Management Institute for over 30 years. He was also the founder and managing member of The Riverside Group, a management consulting and executive development firm, where he consulted with and designed and conducted executive development programs for many firms, including The Hay Group, The NPD Group, Novartis, and Aventis, among others. He also taught executive programs in the United Kingdom, Northern Ireland, Colombia, Japan, Hong Kong, Malaysia, Brazil, France, and Spain. In 2019, the Columbia University Mailman School of Public Health renamed its strategic decision-making and team-building health system simulation the “Thomas P. Ference Health System Simulation.” Developed in 2009 with the input of healthcare industry leaders, the Thomas P. Ference Health System Simulation is a part of trainings given to Columbia Mailman graduate students and top executives at organizations, including New York-Presbyterian Hospital, the American College of Healthcare Executives, Association of University Programs in Health Administration, Barnabas Health, Cedars Sinai, Holy Name Medical Center, Memorial Sloan Kettering, Mount Sinai Health System, Northwell, Perkins Eastman, Robert Wood Johnson University Hospital, Rutgers New Jersey Medical School, Disney Institute, and KPMG. He and his family moved to Haworth in 1973 and during his near half-century as a resident he held numerous leadership positions in town. Until he stepped down to focus on his health in February 2022, he served as Mayor of Haworth where he proudly served with a highly functional and dedicated bi-partisan council that was singularly focused on serving the best interests of the Haworth community. Prior to serving as Mayor, for 28 years he served as the planning board chairman, the majority under his dear friend Mayor John DeRienzo. Along with his wife Ellie, he ran the Haworth Soccer Association for over 25 years and was also a coach in the Haworth Little League. He was a founder of the Vikings, F.C. soccer club, which serves as the club soccer program for the children of Closter, Demarest and Haworth. Most recently he has coached Closter, Demarest and Haworth children, including his own grandchildren, alongside his son in the local baseball, soccer and softball programs. In 1998 he was given the Bergen County Boys Soccer Coaches Association Contributors Award recognizing his contribution to youth soccer in Bergen County. He and his wife Ellie are also members of the Knickerbocker Country Club. In addition to his contributions in his own community he also served on the board of directors of Bergen Catholic High School as well as several other public and not-for-profit boards. A Funeral Mass will be Wednesday, April 20, 2022, 9:30 a.m. at Sacred Heart Church, Haworth. The family will receive friends Tuesday, April 19, 2022 from 4:00 p.m. to 8:30 p.m. at Barrett Leber Funeral Home, 148 Dean Street, Tenafly, New Jersey. In lieu of flowers, the family has requested that memorial gifts be sent to the Ference Family Financial Aid Fund at Bergen Catholic High School

Thomas P. Ference, former Mayor of Haworth, New Jersey, and Emeritus Professor of Columbia University, died on April 14, 2022 at home surrounded by his loving family. A proud Pittsburgher, he was born in Wilkinsburg, Pennsylvania to Thomas... View Obituary & Service Information

The family of Thomas P Ference created this Life Tributes page to make it easy to share your memories.

Send flowers to the Ference family.